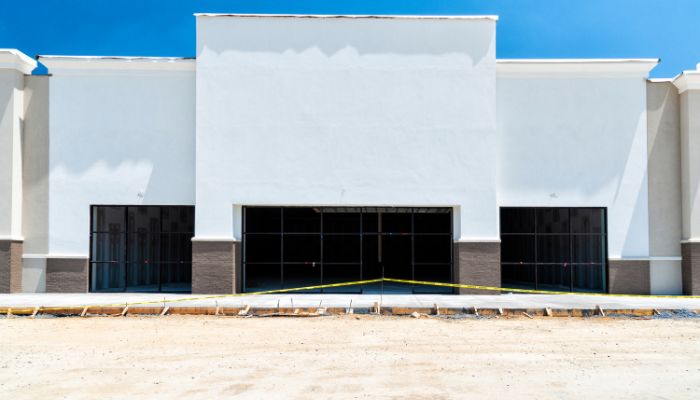 What Is Retail Construction?

For instance, a clothing shop or electronics store is a business, and will be making money. Both are retail spaces and would fall under the category of retail construction.

Read on to learn more about the different types of retail construction spaces that you may pass on your commute every day– or maybe, you interact with them as a consumer yourself!

Further Reading – What is Industrial Construction?

Of course, the mall is the first retail space that comes to mind for most people when thinking of retail construction! This is because they are often the easiest kind of properties to identify within the retail landscape. Most malls are enclosed spaces and host the stores under a roof– though some areas may have open air style malls instead.

Often, this is seen in areas with warmer climates year round. Major department stores are commonly seen as the anchors in a mall, and the most common kinds of stores are those that focus on apparel or specialty retail, like sporting goods or electronic devices.

Factory outlets are recognizable as open air spaces that are characterized by outlet stores that are run by name brands. These brands can be ranged from mid price to luxury price points. However, the goods sold in the factory outlet spaces are typically more affordable versions of products from these nationally recognized name brands.

They typically focus on apparel and other products, while only offering limited food options within the space.

A lifestyle center is one of the property types that is actually a bit newer. These spaces really began to gain steam back in the 1990s. These are typically upscale malls that do not have a roof– similar to the open air malls that were mentioned previously– but they do not usually have a department store as an anchor like in most mall spaces.

Most lifestyle centers offer full service dining options, as well as retail options for shopping, such as various apparel stores.

A community center is a retail space that many people would refer to as a strip mall, or sometimes simply a shopping center. These are not enclosed like a regular mall. Typically, these sorts of properties have two anchor tenants– and sometimes even more than two. Often, the tenants included in community centers are a mix of large specialty shops and convenience retailers such as tailors, dry cleaners, or drugstores.

They often include mom-and-pop stores and other locally owned businesses, unlike some of the other retail construction options like factory outlets or malls.

Power centers are fairly large retail spaces, coming in at 200,000 square feet or more. They are usually home to several big box stores– at least three, but often more than that. Some examples of these stores can include retailers like Best Buy, Walmart, or Costco.

Along with the larger stores, these spaces will also contain some smaller tenants such as convenience services or local or nationally known brands.

A neighborhood center is another form of community center, but is often a smaller version. Usually, they have an anchor such as a pharmacy or grocery store, along with other local businesses or convenience retailers.

Sometimes, you will see a mix of both locally owned businesses and convenience retailers with the aforementioned anchor.

A convenience center space is one of the smallest retail spaces on this list. As the name suggests, it is an area that is populated by convenience based business.

These include dry cleaners, cell phone stores, and tailors. It is another one of those areas that may be referred to as a strip mall by someone who is not versed in the different categories of retail construction spaces.

Mixed-use retail spaces originated in densely populated and urban areas, but this type of construction is becoming more common, largely because it is considered to be more environmentally friendly.

What are the types of retail construction?

Retail construction refers to the construction of a structure that is meant for consumer use. This could mean that the building is being constructed from the ground up, or that it is being remodeled or renovated from an existing space.

What is retail conversion?

Retail conversion refers to a percentage– this is the percentage of people who enter a retail space, such as a store, and then leave with a product that they have purchased. Those who come into a store and browse but do not buy count negatively against the business’ retail conversion.

This is why it is so important for a retail space to have a good location! Retail conversion is calculated by first dividing the people who buy by the overall foot traffic in the space, and then multiplying that number by 100 to get the percentage.

Additional Reading – Why is Concrete Such an Important Building Material?